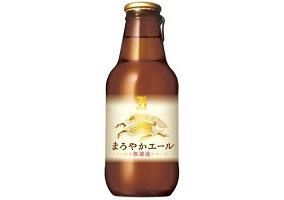 Kirin Beer in Japan has announced a collaboration with Seven & I Holdings for the launch of its first ever beer product under a private label brand, according to a report in Business Journal.

The launch is said to mark Kirin Beer’s first entry into private label, the company having previously avoided moving into the sector in order to maintain its positioning as a premium brand. Now, in the face of tightening market conditions, Kirin said it was hoping to boost its sales by leveraging the “strong distribution channel” offered by Seven & I, according to reports.

Named Maroyaka Ale Muroka (Unfiltered Mallow Ale) and containing 5% abv, Kirin’s new beer is said to have a mild, aromatic taste. It is to be launched in June under the 7iGold brand, which is Seven’s premium product range, although the Kirin label will still feature prominently, it is reported.