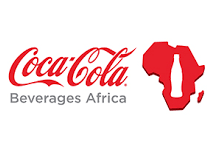 The result of an investment of 7 billion KES ($70 million), the new juice line will manufacture a range of products such as fruit juices, sports drinks, dairy fusions, juices with bits and iced tea.

Coca-Cola Beverages Africa is the biggest Coca-Cola bottling partner on the African continent. Formed in 2016 as a result of a merger between SABMiller, Coca-Cola and Coca-Cola Sabco, the company produces and distributes approximately 40 per cent of all Coca-Cola beverage volumes in Africa.

SABMiller later sold its investment in the merged business to Coca-Cola.

Commenting on the investment, managing director Coca-Cola Beverages Africa Daryl Wilson said: “We are witnessing a trend in which the entire fruit juice and sports drink segment is growing globally as consumer tastes and preferences shift. It is therefore becoming an increasing priority for us to be innovative and increase our portfolio of beverages in the market to include categories that do not currently exist”.