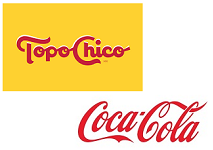 The acquisition has been made via the firm’s Venturing & Emerging Brands (VEB) unit, and will integrate Topo Chico into the portfolio of Cola-Cola brands.

Topo Chico has been bottled in Cerro del Topo Chico, Monterrery since 1895 and is sold in Northem Mexico and the USA.

Matt Hughes, VP of emerging brands at VEB, commented: “Topo Chico is a fast-growing brand with a lot of passion behind it and growth runway ahead. The premium, imported sparkling water category is growing double-digits, and Topo Chico has proven itself in a significant market – Texas – where it’s leading the category. It’s currently sold in Northern Mexico and in 35 states across the U.S., with approximately 70 percent of its U.S. sales coming from Texas. Our goal now is to extend its reach while preserving its heritage”.