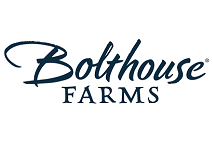 Campbell Soup, a US producer of canned soups and related products, has announced that it has agreed to sell its organic foods division Bolthouse Farms to an affiliate of private equity fund Butterfly Equity for $510 million.

Acquired in August 2012, Bolthouse Farms employs around 2,200 staff and is a leading producer of organic beverages, dressings and carrots with a base in Santa Monica, California.  Its new owner, Butterfly Equity, is described as a private equity firm specializing in the food sector.

Upon the completion of the sale, which is expected by the end of fiscal 2019, Campbell Soup will have divested its entire Campbell Fresh division, which also included the sale of its Garden Fresh Gourmet business to an affiliate of Fountain of Health USA.

Mark Clouse, Campbell Soup president and CEO, said, “The sale of Bolthouse Farms supports our strategy to focus on our two core North American businesses, Campbell Snacks and Campbell Meals and Beverages, where we have iconic brands and strong market positions”.