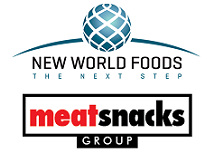 New World Foods markets the Mariani and Local Legends brands of meat jerky in its native Australia,  as well as Japan, South Korea and the UK through channels including supermarkets, food retailers, duty free outlets and convenience stores.

Speaking to Just Food, Meatsnacks Group managing director James Newitt, who will stay on as the CEO of the combined company, said the deal would “essentially double the size of the business”.

“They [New World Foods] already have acquired expertise [in] and access [to] international markets that we can now take Wild West and Cruga into”, he added.