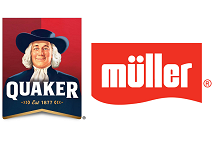 PepsiCo, the leading food and drinks firm, has announced that it is leaving the US yoghurt category by ending a joint venture it had established through its Quaker brand.

In a statement, PepsiCo said that it would be abandoning the joint venture established with the Theo Muller Group, which led to the creation of a co-branded yoghurt under the Müller Quaker in 2012.  The firm commented: “After determining that the business was not meeting expectations in a competitive and dynamic marketplace, it was mutually agreed by PepsiCo and the Theo Muller Group to be in our best interests to exit the joint venture”.

Despite the decision taken in the US, PepsiCo continues to operate in the dairy sector in other markets including Russia, Brazil and the Middle East.