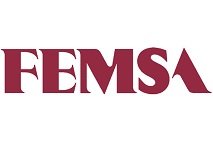 Coca-Cola FEMSA, the largest Coca-Cola franchise bottler in the world by sales volume, has announced the acquisition of Montevideo Refrescos (Monresa) from  Coca-Cola Co for $250.7 million in an all cash transaction.

The deal, which was made on a cash-free and debt-free basis, increases the presence of Coca-Cola FEMSA to 11 countries aroundthe world.

With a market of 3.4 million consumers and 26,000 sales points, Montevideo Refrescos is the exclusive distributor and manufacturer of the Coca-Cola beverage portfolio in Uruguay.

Commenting on the news, Coca-Cola FEMSA CEO John Santa Maria said: “As part of our strategic framework and the consolidation of leadership in the global beverage market, the integration of MONRESA reaffirms our commitment to generating economic and social value for our shareholders and stakeholders”.