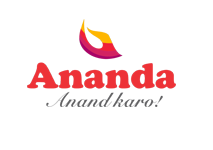 Ananda Dairy, an Indian milk processor, is to step up its presence in its domestic market with plans for hundreds of new stores and a new manufacturing plant, according to a report in the Economic Times.

The new processing facility is earmarked for the northern state of Uttar Pradesh and is expected to have capacity for 4 – 500,000 litres of milk per day. The plant would join existing facilities Bulandshahr, Gajraula and Pilkhuwa in the same state, which have a combined processing capacity of 12,000 litres of milk per day. The company is also currently said to be leasing two plants at Kanpur and Moradabad with 6,000 litre capacity.

Speaking to the Press Trust of India, Ananda group CMD R S Dixit said: “We are identifying land in eastern UP to set up a new processing plant. This is part of our commitment to invest Rs 500 crore in the state which was made during an investor’s summit held this year”.

Alongisde increasing production capacity, Ananda Dairy also has plans to increase its retail store network. Having already opened 400 stores, the firm said it was targeting a chain of 1,500 stores by 2020, with a focus on the Indian capital Delhi.