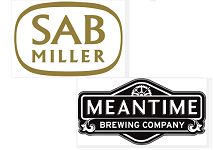 Leading brewer SABMIller is to buy the London-based craft beer producer Meantime Brewing Company to meet growing consumer demand for craft beers, according to a report from Reuters.

The terms and conditions of the deal, which is expected to be concluded by early June 2015, have not been disclosed. However it is reported that the acquisition includes access to Meantime’s retail sites such as the Greenwich Union pub, brewery shop and tasting rooms.