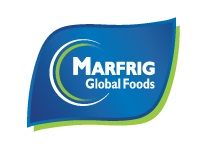 Describing the start to the year as “challenging”, the company said that its bottom line had been especially affected by currency fluctuations, although the exchange rate is said to also have helped boost Marfrig’s revenue.

The company pointed to difficulties in the bovine division, mainly in Brazil where sales decelerated. Meanwhile issues in Russia and Venezuela affected the performance of its export business.

Despite the first quarter results, Marfrig said it expected to see an increase in foreign demand opportunities over the rest of the year, and also said the possible opening up of the USA and China market for fresh beef from Brazil could lead to a medium-term increase in sales volume.