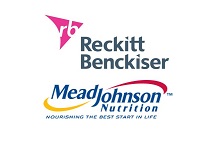 British consumer goods multinational, Reckitt Benckiser is said to be in advanced negotiation to take over US infant formula Mead Johnson in a $16.7 billion deal, according to a report in Reuters.

Infant nutrition company Mead Johnson is known for its Enfamil brand and is considered to bethe world’s number two infant formula maker with a large presence in China, Latin America as well as the United States. The company also owns brands such as Sustagen, Enfakid and Chocomilk.

Reckitt Benckiser is best known for cleaning products as Dettol and Cillit Bang and personal care products such as Scholl, Durex and Veet.

If the deal goes through, the acquisition of Mead Johnson would see Reckitt Benckiser move into the baby formula market for the first time.