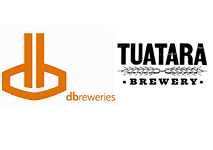 Tuatara Brewing Company, a New Zealand  has been acquired by Heineken-owned DB Breweries. Tuatara will continue to product its beer at its current facilities and other beers.

Tuatara brewing was established in the year of 2000 based in Paraparaumu, and grew from a small operation to one of the larges craft breweries in New Zealand. The company has spent the last two years focusing on innovation and increasing brewing capacity to break into international markets. Last year the company is reported to have produced over 2 million litres of beer.