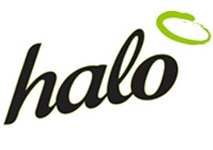 Raisio, the Finnish snacks, cereals, confectionery and dairy drinks firm, has announced that it it is selling its UK-based Halo Foods business – “the leading UK manufacturer of healthy snack bars”, according to the company webpage – to Dutch investment outfit Nimbus.

Describing Nimbus as a “hands-on investor”, the Benecol brand owner said that key assets of Halo Foods, including its factories in Newport and Swindon and the Dormen brand, had been transferred to the Dutch buyer along with the firm’s 300 employees.

As a result of the move, Raisio said that it would withdraw from the manufacturing of snack bars marketed to consumers under its partners’ brands and focus on the development and marketing of proprietary branded products. The firm’s CEO Matti Rihko said: “For Raisio, it is important to expand the range of its branded products in line with consumer needs, not to produce itself all the products in the range”.

Halo Foods became part of Raisio through the Glisten acquisition in 2010, after which Raisio centralised the production of its snack bars to Newport and the packaging of nibbles and nuts to the Swindon factory. The firm generated turnover of €18 million ($20 million) in the period January to June 2016.