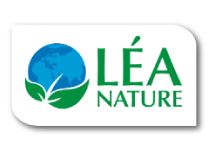 Lea Nature, the leading French natural products firm, has announced that it is to open a new production facility near to its base in La Rochelle.

The plant will be located at a site previously owned by automotive firm Delphi in the town of Perigny, Charente-Maritime. According to Lea Nature, the new site will be used for three primary purposes: an extension to its ‘promo box’ scheme and to its general logistical capacity, the development of two new production lines for gluten and lactose free dried goods, and a €5 million ($5.5 million) investment for the creation of a new production unit for organic health & beauty products.

The move comes on the back of a “strong” performance for the firm in the first half of 2016, with 28% sales growth in the six month period expected to take annual turnover beyond €200 million ($220 million) by the end of the year.

Production at the new site is set to begin in November.