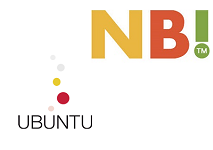 Drinks manufacturer Natural Beverages has acquired ethical cola brand Ubuntu Cola for an undisclosed sum, according to an article in FoodBev.

Natural Beverages has been distributing Ubuntu cola for the past five years through wholesale and foodservice channels, as well as some Waitrose stores across the UK and Europe.

According to FoodBev, in 2007 Ubuntu was the first cola brand in the UK to be certified fairtrade. The Ubuntu brand website describes a drink that “fizzes with Fairtrade sugar from the Kasinthula Cooperative in Malawi and from the Kaleya Cooperative in Zambia”. The product is sold in a 2750ml glass bottle, a 500ml plastic bottle and a 330ml can.

Commenting on the acquision, Natural Beverages chairman Leonard van Geest said: “We’re very excited to have purchased this well-loved brand that already has an established fan base. It is an excellent addition to our product range, a great tasting beverage we’re keen to make price viable and competitive against the larger cola brands. If the choice is there, why wouldn’t you chose a more ethical cola? We’ve got some exciting plans for Ubuntu Cola, including brand extensions we’re hoping to announce in the forthcoming year”.