UK: Muller to consult on the closure of two facilities 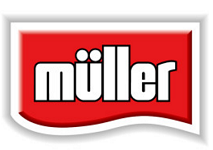 The UK arm of German dairy firm Muller has announced that it is consulting on the closure of two plants in Scotland as part of a reorganisation of its production operations in the country.

In a press release, the firm said that had entered into a 45 day statutory consultation to examine the potential winding down of milk processing at its smaller Aberdeen and East Kilbride dairies, both of which described as “operating well below full utilisation”.  At the same time the company said it planned to invest $21.6 million in its Bellshill dairy over the next three years,  a move which it said would bolster efficiencies and competitiveness whilst enabling the firm to broaden its range of dairy products.

Commenting on the strategic review, Managing Director of Müller Milk & Ingredients Andrew McInnes said: “We aim to reinvigorate our fresh milk and ingredients business in Scotland and propose to invest to make Bellshill a centre of excellence for dairy, benefitting consumers, customers, employees and farmers”.

UK: Muller to consult on the closure of two facilities - Gama