UK: GlaxoSmithKline to buy out stake in Novartis joint venture 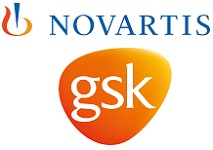 GlaxoSmithKline (GSK), the UK based healthcare multinational, is to buy out its stake in its consumer healthcare venture with Novartis at a cost of $13 billion.

The joint venture, which includes the toothpaste brand Sensodyne and painkiller brand Panadol, as well as Nicotinell stop smoking aids, was formed in 2015 as part of Novartis’ portfolio transformation, which comprised a three-part inter-conditional transaction with GSK, including the combination of the Novartis over-the-counter business with the GSK consumer healthcare business into the existing joint venture.

GSK said the deal “removes […] uncertainty” about the future of its stake in the venture. It added that it would be initiating a strategic review of its other consumer healthcare nutrition products, including its Horlicks malted drinks, to support funding of the transaction, and to drive increased focus on its OTC and oral health categories. Combined sales of these products were approximately £550 million ($773) in 2017, it added.

For its part, Novartis said the deal would allow it “to further focus on the development and growth of its core businesses”.

Vas Narasimhan, CEO of Novartis, said: “While our consumer healthcare joint venture with GSK is progressing well, the time is right for Novartis to divest a non-core asset at an attractive price. This will strengthen our ability to allocate capital to grow our core businesses, drive shareholder returns, and execute value creating bolt-on acquisitions as we continue to build the leading medicines company, powered by digital and data”.