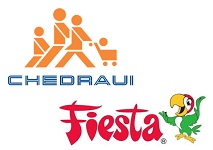 The US arm of Mexican grocer Chedraui has reached an agreement to acquire the Texan supermarket chain Fiesta Mart.

The deal was made through Chedraui’s California-based division Bodega Latina, owner of the El Super chain, and allows Bodega Latina to expand to Texas, where Fiesta Mart operates 63 supermarkets.

Commenting on the purchase, Bodega Latina’s president and CEO Carlos Smith said: “The acquisition of Fiesta allows us to meaningfully expand into Texas via an established, well known supermarket operator. Through the combination of the strengths of our two organisations, we will be well positioned to significantly accelerate our vision of efficiently offering high quality products at the lowest possible prices”.

According to The Wall Street Journal, the acquisition was valued at around $300 million, but the actual vale and terms of the deal were not disclosed.

As a result of the acquisition, Bodega Latina will now operate stores in California, Arizona, New Mexico, Nevada and Texas. The deal positions the company as one of the largest Hispanic food retailers in the US by revenue.