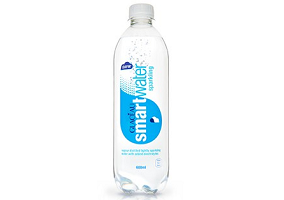 Coca-Cola, the soft drinks giant, has launched a Sparkling version of its Glaceau Smartwater product in the UK.

Describing Glaceau Smartwater as Britain’s fastest growing bottled water brand, Coca-Cola said that Glaceau Smartwater Sparkling would have the same clean, crisp taste as the original but with the addition of tiny bubbles to create a lightly carbonated water.

Produced from Northumberland spring water and established in the UK for two years, Glaceau Smartwater is bottled water that is claimed to be vapour distilled and with added electrolytes.

Commenting on the launch, Coca-Cola Britain marketing director Aedamar Howlett said: “Glacéau Smartwater has experienced significant success in the UK since it was launched two years ago. It is the fastest growing water brand and is now worth more than £30m in the UK… Combined with the UK’s growing thirst for sparkling water, it’s the perfect time to launch the sparkling variant and increase the range we offer”.

Glaceau Smartwater Sparkling will be available in 600ml bottles by early November in stores around the country.