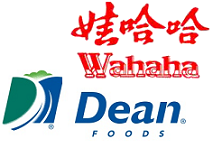 Hangzhou Wahaha, China’s largest beverage producer, has shown interest in a potential takeover of Dean Foods, the largest milk processor in the US, according to a Financial Times article quoting “four people familiar with the company’s plan”.

The Chinese firm has reportedly approached a number of banks to seek financial backing for a possible move.

Dean Foods focuses on producing and distributing ice cream, milk, juices and teas as well as a number of other products. The company, which owns the Country Fresh and TruMoo brands,  acquired the manufacturing and retail operations of Friendly’s Ice Cream in mid 2016 in a bid to diversify its portfolio.