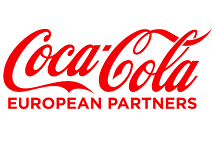 Coca-Cola European Partners (CCEP), an independent Coca-Cola bottler, has announced plans to close two plants in the UK, according to a BBC report.

The closure of a manufacturing facility in Milton Keynes, as well as a distribution centre in Northampton, is set to see up to 300 jobs lost. The Milton Keynes plant has nine manufacturing lines and produces 60 million cases of soft drinks per year. Both facilities will now be shuttered by 2019 if plans are confirmed.

CCEP said it intended to transfer production and distribution to other sites, creating 121 additional roles in the process.

“We know today’s news will be upsetting for our people at these sites, and our immediate priority is to support them throughout the consultation process”, the company stated. “We are proud of our long-standing links with both towns and have not made these proposals lightly”.