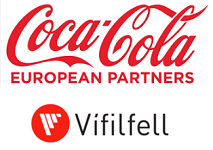 Coca-Cola European Partners (CCEP), the division of the US soft drinks giant formed by the merger last year of three leading European bottlers, has announced that it is expanding its footprint with the acquisition of the Icelandic Coca-Cola bottler Vifilfell.

Founded in 1942, Vifilfell is a leader in both the sparkling soft drinks and beer categories in Iceland, according to CCEP.  The business services over 2,300 outlets domestically with a portfolio of soft drinks brands including Coca-Cola, Fanta, Sprite, Tropi, Toppur, Powerade and Hamark, as well as the beer brands Víking and Thule.

In a statement, CCEP said it would welcome the 210 employees from the Reykjavik headquarters and two other production sites to its workforce.

“Coca-Cola European Partners has the flexibility, scale and innovation to drive growth in all of our territories and we are delighted to have Iceland on board”, the statement concluded.