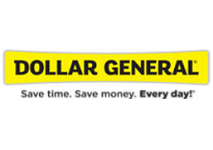 Dollar General, the US-based discount retail chain, has announced that it has acquired and plans to reopen dozens of stores previously owned by multinational retail giant Wal-Mart.

The low-cost supermarket group said it had acquired 41 of 102 Wal-Mart Express stores closed by its larger rival in January, and plans to relocate 40 of its existing stores into these slightly larger locations by October. Dollar General said that consumers would enjoy a fresh layout with additional sales floor square feet, complete with expanded offerings such as fresh meat and produce. Petrol stations will also operate in 37 of the 41 locations, which are spread across 11 states, according to Retail Dive.

Commenting on the purchase, Dollar General CEO Todd Vasos said: “Dollar General is excited to add these locations to our existing store base. We look forward to the opportunity to better serve our customers in these communities by continuing to provide the convenience and value they expect from Dollar General”.