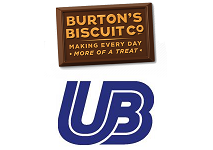 UK bakery firm Burton’s Biscuits is eyeing up a bid for its larger rival United Biscuits (UB) after the latter was put up for sale by its private equity owners, the Telegraph reports.

However Burton’s, which produces biscuit products under brands including Jammy Dodgers, Maryland and Cadbury, is likely to face stiff competition from global big hitters including Kelloggs, Mondelez,  Ulker, and the  Philippines conglomerate San Miguel.

An alternative scenario would see UB, which owns brands including McVitie’s and Jaffa Cakes, refloated instead of sold on. First round bids have been tabled as part of a dual-track process which could lead to UB being once again going public, 15 years after it was taken back into private ownership. Floatation is reportedly the preferred option of UB’s current owners Blackstone and PAI Partners.

Any deal between UB and Burton’s could potentially run into competition problems –  the two firms are the number one and two in the UK biscuit market respectively. However an industry source is quoted as saying such difficulties would be “surmountable”.