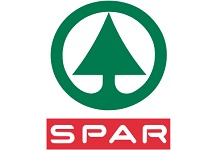 Spar, the world’s largest food retail voluntary chain, has announced its entry into the Thai market.

The company has formed a retail partnership with Bangchak Retail Company (BRC) for a 300 store venture, representing an investment of €74 million ($78 million) over the next five years.

Spar said the partnership would see the firm share industry expertise with its new partner, adding that the two had worked together to create store designs and layouts built around “food purchasing moments”.

The retailer also said it planned to launch private label products with a focus on locally sourced goods.

Coimmenting on the deal, Spar International managing director Tobias Wasmuht said: “The launch of SPAR in Thailand in partnership with BCR represents a significant and important step forward in SPAR’s ongoing expansion into Asian markets.  It brings together our internationally tried and tested retail expertise particularly in convenience and supermarket formats with the extensive knowledge of the Thai market”.