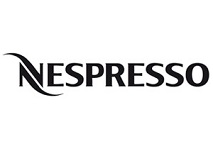 Nestle has inaugurated its third Nepresso plant in Switzerland as it seeks to meet US growing demand for its coffee capsule range, according to reports in The Local and Bloomberg.

The new factory will produce capsules both for the established Nespresso machine and also for the VertuoLine coffee machine, a new product launched last year for the North American market that is designed meet US consumers’ demand for larger cups of coffee.

“The U.S. expansion is going very well”, Patrice Bula, Nespresso chairman, said during the inauguration. “We have the growth we planned to have in Europe. Of course you have much more competition, and of course it’s a more mature market”.

The new 21,000 sq m plant in the Romont municipality, which has required an investment of 300 million CHF ($308 million) and two years of work, will be the primary production site of pods for the VertuoLine machine, the company added.