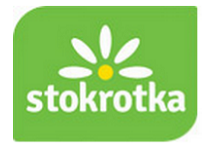 Stokrotka, the Polish retail chain owned by Emperia Holding, has announced plans for further expansion as the company seeks to take its store count into three figures.

The company opened 16 new stores in H1 of 2015 and plans to expand still further in the last six months of the year. The new stores include 4 supermarkets, 8 smaller stores and 4 franchise stores.

The expansion comes on the back of the acquisition of 19 stores from the Frac chain earlier in the year.

Speaking during a conference call to announce the company’s half-yearly results, CEO Dariusz Kalinowski said the company had opened another 26 outlets during the summer, adding “this is not the end”. The plan is to run 100 stores by the end of the year across the whole country, he said.

To keep pace with expanding operations, Stokrotka is also developing its own logistics network. From January 2016 the company will begin operations at a local distribution centre in Lublin.