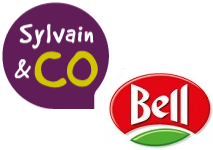 Bell Group, a Swiss firm predominantly active in the meat space, has announced an expansion of its activities in fresh packed fruit and vegetables with the acquisition of local firm Sylvain & Co for an undisclosed sum.

Headquartered in the canton of Vaud in western Switzerland, Sylvain & Co produces a range of bagged salad leaves as well as ready-to-eat salads and fruit under its namesake brand. With annual revenues of 40 million CHF ($41 million), Sylvain & Co is described one of the most important providers of super-fresh convenience products in Switzerland.

The transaction is being conducted through Bell Group’s fruit & vegetable subsidiary Eisberg, which was acquired in 2016.

“Eisberg and its Swiss company Gastro Star are already very well-positioned in the super-fresh convenience sector”, Bell Group said in a statement. “By taking over Sylvain & CO SA, it is expanding its production capacity in this growing product group, which is increasingly being stretched to its limits in Switzerland. Eisberg is also further expanding its position in French-speaking Switzerland”.