France: Even to invest €80 million in manufacturing sites in 2018 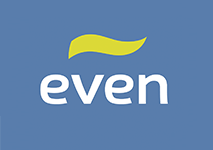 Even, a French food cooperative, is set to invest €80 million ($98 million) in its dairy and baby milk plants over the course of 2018, according to a report in Usine Nouveille

The multi-million euro investment is to be divided among the firm’s various milk, cheese and infant formula factories, predominantly located in the region of Brittany. The company, which is based in Ploudaniel in the Finistere department, collects and processes milk from more than 3,000 farms through its Laita arm. The Laita portfolio includes brands such as Paysan Breton, Regilait and Mamie Nova.

€20 million ($24 million) of the investment has been earmarked for a 5,000 sq m expansion at the firm’s cheese making plant at its headquarters in Ploudaniel.

Elsewhere, Even is also investing €25 million ($31 million) to complete facilities at its new milk drying tower in Crehen (Cotes d’Armor), a plant that produces milk powder for the firm’s Regilait brand as well as for other dairy players in France and abroad, particularly in Asia.

France: Even to invest €80 million in manufacturing sites in 2018 - Gama