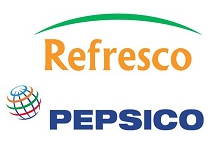 Refresco, the Dutch soft drinks firm, has reached a deal with PepsiCo which will see it acquire a number of the US firm’s factories in Spain, according to reports in FoodBev and Food Business Africa.

Under the terms of the agreement, PepsiCo will transfer two of the three factories it currently operates in Spain – Tafalla (Navarra) and Seville – to Refresco, meaning Refresco will produce a proportion of PepsiCo’s drinks output in Spain as of November.

Refresco said that the new production locations complement its current plants in Spain and provide extra capacity for growth.

Commenting on the deal, Refresco CEO Hans Roelofs said: “This agreement is a very good extension of our relationship with one of our key customers, PepsiCo. It also confirms our business model in Spain, serving retailers and contract manufacturing customers”.

The new agreement also builds on existing partnerships between the companies in markets such as France, Belgium, Germany and the USA, PepsiCo and Refresco added.