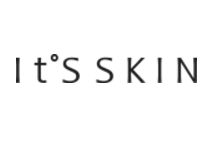 It’s Skin, South Korea’s major cosmetic manufacturer, has signed a deal with retail giant Dabur to sell 120 products under its name in India, according to a report in Yonhap News.

The products will be sold in 10 New U shops in New Delhi before rolling out a further 20 shops in the capital and other cities later in the year.

According to an article in Cosmetics Design Asia, the move could also be a stepping stone towards establishing a standalone presence in India, with the firm reportedly keen on opening 10 stores of its own in the Indian capital this year.