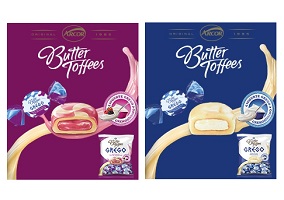 Arcor, the Argentina-based confectionery company, has announced the expansion of its butter toffees candy range with the release of Arcor Grego (‘Greek’), a new line based on greek yoghurt.

Claimed to combine the unique flavour of butter toffees with the creaminess of greek yoghurt, Arcor Grego has been launched in the flavours Greek Yoghurt and Greek Yoghurt With Red Fruit, the latter featuring exclusive ‘double colour / double flavour’ technology, according to a report in Giro News.

Arcor Grego is on sale in major distributors and wholesalers in Brazil, offered in single variety packs of 600g as well as a 130g assortment. Arcor will be supporting the launch through tasting initiatives as well as online and social media campaigns.