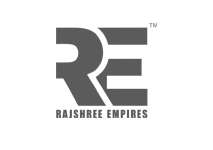 Five South Korean cosmetics companies have signed a joint venture agreement with Indian firm Rajshree Empires through their South Korean arm PLK International to enter the Indian market, according to a report in Net Indian.

As part of the deal, the companies and Rajshree Empires are said to be investing over 100 crore IRN ($15 million) in the next two years in Indian markets, including the establishment of a manufacturing unit in Uttar Pradesh.

PLK chief executive Dong Un Lee said: “This is a major achievement of Korean companies to enter India after so many other big corporates from our country have already made an indelible mark”, adding: “We are confident that Korean cosmetic companies will revolutionize the beauty and wellness industry in India taking it to the next higher level”.

PLK is also making an investment in the move, purchasing a 50% stake in Rajshree for $50 million.

Abhishek Biswas, founder of Rajshree Empires, said: “We will be opening a store in North India initially with a floor area of 35,000 sq ft. We plan to cover 21 cities with 70 outlets by end 2016”.