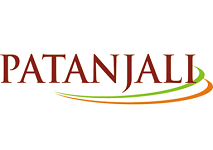 Patanajali Ayurved, the fast-growing FMCG based on the traditional Indian principles of ayurveda, has announced the launch of Patanajali Instant Atta (Wheat) Noodles, just a few days after Nestle’s Maggi brand noodles returned to shelves.

Priced at 15 INR ($0.23) for a 70g pack, the new launch is claimed to be more affordable than rival products from competitors such as Nestle, ITC and Unilever. As reported by The Economic Times, the product was developed by a “strong research team” and is made with rice bran oil using dehydrated vegetables. The new launch is positioned with the tagline “jhatpat banao, befikar khao” (“quick to cook and eat without any worries”).

In the coming days, Patanajali is planning to set up six more manufacturing plants for its newly launched instant noodles. Baba Ramdev, promoter of Patanajali said: “By the end of December, our noodles will hit one million stores. We are ramping our production capacity”.

Commenting on further opportunities for the firm, Mr Ramdev said it also had plans to foray into childcare and add more new products in the health & beauty space by the end of this year. “We will launch baby care under ‘Shishu Care’ brand, beauty care products under ‘Saundrya’ brand and health supplement powder under ‘Power Vita’ brand by the end of December”, he said.