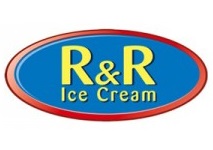 The British ice cream company R&R has announced the acquisition of the ice cream business of Nestle South Africa, in a move designed to increase its sales across the African continent.

Ibrahim Najafi, CEO of R&R, commented: “This acquisition is a major milestone towards our goal of becoming a leading global player in ice cream. As a business we have enjoyed a successful partnership with Nestlé for nearly 15 years in the UK.  This relationship was extended with the acquisition of Peters in Australia, also a former Nestlé business, and now we are looking forward to working together in South Africa”.

The agreement, the terms of which have not been disclosed, is subject to approval by the South African Competition Commission.