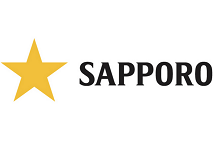 Sapporo has announced that it will market a small release of Japanese wines in Singapore in a move designed to test the waters in the southeast Asian market.

According to reports in the Japan Times and Nikkan, the company will release a total of 960 bottles comprising four types of red and white wines under the medium-priced brand range Grande Polaire. The price range will be between 58 SGD and 70 SGD ($41 and $50) for a range in which all the grapes are grown in Japan.

It is said Sapporo decided to start selling its wines in Singapore as its saw high demand for Japanese wine as a result of the increased popularity of Japanese food. However, the company is limited by supplies of Japanese grapes and as a result will initially focus more on the domestic market where demand is also growing, a Sapporo spokesperson is quoted as saying.