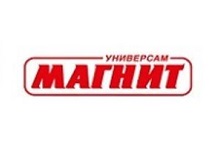 The retailer’s gross profit increased to 295.76 billion RUB ($5.25 billion), with its margin standing at 27.52%, according to a report in European Supermarket Magazine.

The Magnit retail chain operates in 2,495 locations in Russia. Approximately two-thirds of the stores are located in towns with a population of fewer than 500,000.