Italy: Granarolo to strengthen presence in Brazil with Allfood stake 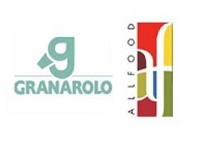 Italian dairy company Granarolo has acquired a 60% stake in Allfood, one of the leading importers and distributors of European food in Brazil.

The deal represents the second deal concluded by the Italian group in Brazil in the last two years, following its acquisition of a 60% stake in the cheese producer Yema in 2015. With the Allfood stake, Granarolo said it aimed to strengthen its presence in Brazil through synergies between the two companies covering both the retail and foodservice channels.

Gianpiero Calzolari, president of Granarolo Group, commented: “Brazil represents a strategic market due to the presence of a large Italian community – about 25 million people – who are naturally interested in Italian products. It is a country with significant potential: in a single year, Yema recorded an increase in turnover of 25%. The purchase of Allfood’s business integrates perfectly with the activities carried out by Yema. The former, in fact, distributes mainly to mass retail, while Yema sells to the food service channel”.

Sao Paulo based Allfood has a portfolio of over 200 products of which 48% are Italian.