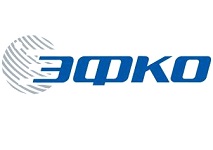 EFKO, one of the leading food producers in Russia, has opened a new production site in the Alekseevka Belgorodskaya region for the production of ketchup, according to a report in Unipack.

Ketchup – which is the second most popular table sauce in Russia after mayonnaise – will be produced at the facility under the Sloboda brand name. According to the company, the plant, which will have a production capacity of 3,000 tonnes per month, is equipped with “the most advanced automated equipment from leading European manufacturers”.

The Sloboda brand is well-established in Russia and also in 20 other countries. It is claimed to be made exclusively from natural ingredients and to be free from preservatives, artificial additives, starch and GMOs.

As a result of the new facility, EFKO said it would create more than 160 new jobs. The total investment costs were 615 million RUB ($9.3 million).

According to analysts, by the end of 2015 the ketchup category in Russia will exceed 190,000 tonnes in volume terms and 20 billion RUB ($300 million) in value terms, with the market showing a steady upward trend.