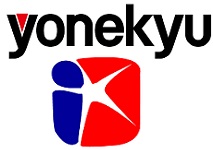 Japan’s second-largest meat processor Itoham and the number seven player Yonekyu have agreed to a new combined management structure through the setting up of a joint holding company in April 2016.

The two merging companies anticipate synergy effects from the integration, with Itoham having an advantage in production of beef and pork as well as packaged retail foods, while Yonekyu focuses more on business sales, specialising in pork and chicken output and processed foods.

According to a report in the Japan Times, the new company will become a larger rival for current industry leader NH Foods. The combined annual sales of Itoham and Yonekyu are ¥636.1 billion ($5.3 billion) versus NH Foods’ ¥1.2 trillion ($10 billion).

The merger is expected to allow the two firms to expand but also to streamline production and procurement. With the Japanese market expected to shrink, the companies aim to use the stronger earnings capacity to expand business in growth markets in Asia.

The new company name and its head office location are due to be revealed by early November.