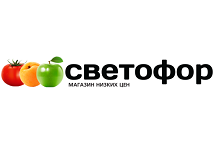 Russian discount retailer Svetofor has announced plans expand to Romania with the opening of a network of stores under the Mere banner.

According to an article in ZF Companii, the retailer plans to open 100 stores in the next two years, the first opening this September in Snagov, about 40km north of Bucharest, and the second opening in the same month in the city of Brasov.

At an average size of 800 to 1200 sq m, the new Mere stores will be targeted at middle to low income consumers, and offer 70% food and 30% non-food product lines.

By the end of 2018, Svetofor said it expected to have opened 16 stores, but noted that plans would be adjusted in line with the receptiveness of the Romanian market.

The retailer reportedly also plans to open stores in countries such as Poland and Germany.