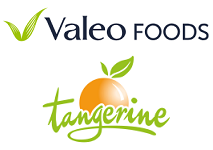 Valeo Foods, the Irish food firm, is acquiring the UK sweetmaker Tangerine Confectionery from private equity fund Blackstone in a deal worth in excess of £100 million ($127 millino), according to Sky News and Food Manufacture reports.

The deal would be Valeo Foods second major play in the confectionery space in less than a year. Late in 2017 the firm acquired the confectionery arm of Finnish company Raisio for an enterprise value of €100 million ($121 million).