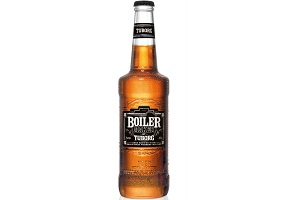 Baltika, the Russian brewing firm that is part of the Carlsberg group, is set to launch a new beer featuring the addition of special malt “whiskey bourbon”.

Tuborg Boilermaker is described as naturally fermented and contains 7% abv, an alcohol content that is said to be optimal to combine the refreshing taste of beer and the rich flavor of whiskey.

“When creating Boilermaker by Tuborg, we tried to recreate the exact notes of flavor inherent in whiskey, particularly bourbon”, commented Dmitry Afonin, head of innovation research at Baltika. “This was done by adding special malt “whiskey bourbon”, the physical properties of which allowed us to combine the flavours of beer and whiskey.  It is notable that the malt flavour of the drink is not present all at once, but is revealed gradually”.

Described as targeting younger drinkers over the age of 18, Tuborg Boilermaker is set to be launched in Russia this summer. It will be available in 450ml transparent glass bottles featuring a white and black label designed by UK branding agency WMH.