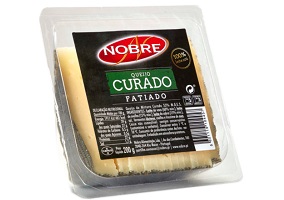 Nobre, part of the Campofrio  group, has launched a line of cheese, marking its entry into the dairy sector in Portugal.

The firm, which is primarily known for its meat products, said the strategy would strengthen its position in the Portuguese market.

According to the company, the new line is conveniently sliced, making it a versatile choice for tapas, starters or light lunches.

Commenting on the move, Nobre said: “In recent years, Nobre has continuously invested in innovation in its core categories with the launch of Nobre Cuida-t +, Nobre Peito Extra, Nobre Low Fat, to meet the needs of Portuguese consumers. But it has also diversified its portfolio by entering new categories such as vegetarian products, with the launch of Nobre Vegalia. With this launch of speciality cheeses Nobre is continuing to diversify its offering while meeting the needs of consumers”.

The new line consists of matured cheese (made with cow’s, goat’s and sheep’s milk) and a goat’s milk cheese, both presented in 200g trays.