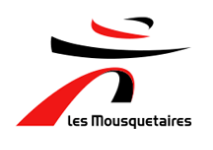 Les Mousquetaires, the French retail group that operates stores under banners such as Intermarche, Bricomarche and Netto, is set to expand its network in Portugal, according to an article in European Supermarket Magazine.

The supermarket chain, which already has 241 supermarkets and a further 65 other stores in the country, is reported to have ambitions to expand its network to almost 400 outlets by 2020. According to European Supermarket Magazine, the planned investment of €200 million ($220 million) is earmarked for the opening of 63 new hypermarkets and supermarkets over the next few years, 10 of which are set to be completed over the course of 2016. The aim is said to be to increase the firm’s market share in Portugal from 9.9% to 13.5%.

Carrefour turned over a total of €1.9 billion ($2.1 billion) in Portugal in 2015, including fuel sales, through its network of Intermarche, Bricomarche (DIY products) and Roady (automotive) outlets.