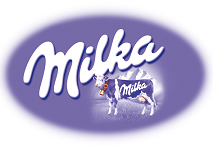 US chocolate and snacks group Mondelez International is set to launch its $2 billion Milka brand in China, according to a report in the Financial Times.

The newspaper said that the confectionery giant planned to price the chocolates “slightly above average” compared to the rest of the market, and would launch a standard line of 12 different products alongside special holiday editions.

According to the Financial Times, the Chinese market is dominated by Mars’s Dove brand, followed by Ferrero and Nestle; Mondelez is currently the seventh largest player.

The Financial Times quotes Mondelez’s chief growth officer Tim Cofer as saying: “The notion of indulgence and pleasure, such as chocolate, ice cream, cookies, is underdeveloped in broader snacking in China, but is one that is poised for significant growth”, adding: “Chinese consumers continue to seek out chocolate as a way to treat themselves and also as an expression of thanks and gifts”.

The reported move follows an announcement earlier in the month by Mars that it was partnering with e-commerce firm Alibaba for the online distribution of its own products in China, including brands such as M&Ms, Snickers and Dove.