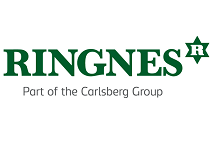 Beer producer Carlsberg has announced that it is to invest NOK 110 million ($16 million) in a new brewery and beer centre in Trondheim, Norway through its subsidiary Ringnes.

This investment is one of the largest in the history of  Ringnes, which is Norway’s leading beverage company, producing beer, water and soft drinks. The intention is said to be to create a new attraction for the city of Trondheim.

Jacek Pastuszka, CEO of Ringnes, commented: “We have reached a historic solution for E.C. Dahl, offering Trondheim a sustainable and exciting brewery and a living beer center for the future. The aim is to create the number one beer center in Norway at E. C. Dahls which produce beer and craft beer, building on Norwegian traditions”.

According to the company,the investment will see the creation of a new brewery and beer centre, a microbrewery, a brewpub, a restaurant, a visitor centre and conference facilities in the existing brewery locations in Trondheim.  Construction is set to be completed by 2016.