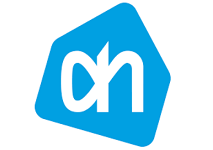 Leading Dutch supermarket chain Albert Heijn is to open an organic pop-up store in Amsterdam at the end of March, according to a report in Levensmiddelenkrant.

The store will showcase products from Albert Heijn’s Albert Heijn Biologisch (‘Organic’) range, introduced by the retailer in January of this year. Financieele Dagblad reports that the line is the result of an overhaul of the supermarket’s previous environmentally-friendly line that was known as Puur & Eerlijk (‘Pure & Honest’). In addition to the rebranding, the range has also been expanded to in excess of 500 items, according to Bio Journaal.

The new concept store is to be located in Spaarndammerstraat in the centre of Amsterdam and will be open for a week-long period, beginning on Tuesday 31st March.

“The entirety of the Albert Heijn organic range will be placed in the spotlight”, the company is reported as saying.