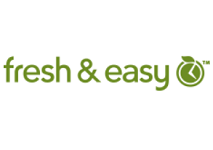 The supermarket chain Fresh & Easy, which primarily operates in the western United States, has announced plans to close a significant number of its stores as part of a plan to “rationalize its store base”, according to reports.

In a statement, the company said it would “divest stores that do not meet the criteria of Fresh & Easy’s model of modern convenience”.

Although the company did not cite numbers, it is claimed that up to 50 of the chain’s 200 stores in California, Arizona and Nevada could be sold off.

The plan “allows the company to redeploy capital into development and growth, including a 3,000 to 5,000 square foot store to provide a higher level of convenience and greater density”, the company added.