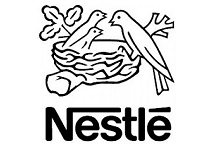 The Mexican arm of food and drink multinational Nestle has announced plans to invest $700 million to upgrade its 17 manufacturing plants to increase productivity, improve processes and expand production capacity.

The investment includes $200 million, announced in November last year, for the first phase of  a new coffee factory in Veracruz, which will process 20,000 tons of coffee per year from Mexican coffee growers, and which is expected to begin operations in the last quarter of this year.

Nestle Mexico said it had also been selected to host the New Information Technology (IT) Center for the Americas Zone, designed to accelerate the company’s “digital transformation”.

Commenting on the investment,  Nestle CEO Laurent Freixe said: “The national [Mexican] market is a priority for our operations, since the loyalty of the country’s consumers has made Mexico the fifth biggest market for the company worldwide, and the second biggest in Latin America”.